“A Girl should be two things… Classy and Fabulous” -Coco Chanel 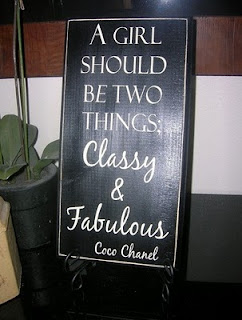 Email ThisBlogThis!Share to TwitterShare to FacebookShare to Pinterest
Labels: "Lana Marye", "on the rocks", "Straight Up", "with a twist", 20something, classy, parents, sleazy
Newer Posts Older Posts Home
Subscribe to: Posts (Atom)