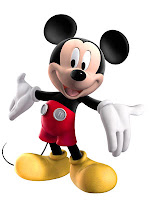 My nephew turned one last week; my brother and sister-in-law taught him how to say “UN” so it sounds like one. It’s adorable! It’s also unbelievable that in just a year’s time he is already starting to walk and talk. Last year we hadn’t even met him and now his bubbly little personality rules the roost in our family.

At his first birthday party, I looked at him surrounded by Mickey Mouse balloons, noisemakers, streamers, figurines and even a Club House Mickey Cake and I couldn’t help but be in awe of him. It truly gave me perspective on how vastly things can change in a year’s time.

I remember last year around that time tapping my foot in the Charles De Gaul Airport in Paris, France waiting to board our plane. I am always nervous about flying, but this flight was unusually nerve racking. My sister-in-law was due to have the baby any day and we were still on vacation. My sister Pam called home to tell my family we were boarding the plane and to get a baby-status update.

As she hung up the phone her face looked relieved.

“They went to the hospital last night, but it was false labor. Their home now, no baby yet!”

My sister, mom and I had planned our trip to Paris months in advance not thinking that the due date and our vacation would coincide. (Not that there was anything we could have done had we been home, but we just didn’t want to miss being there the day he was born.)

Luckily, my little nephew waited for us, he arrived just three days after we landed in the Philadelphia airport and he changed our family forever. In fact, change seemed to be the theme of last summer. Three weeks after his birth, I received my acceptance to graduate school and officially withdrew from law school. It was a lot of change at one time. We had a new addition to our family and I was getting ready to head down a new path.

When I think about just one year ago, my whole life was different. Last year my life was filled with stress, uncertainty, unhappiness and fear. But as I think back, I am grateful for the fear. The fear is what turned everything around though. 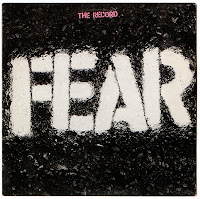 Now, I’m not talking Freddy Krueger-Halloween- horror movie fear, I’m talking about the good kind. Good kind? You ask…maybe that was a typo? Nope, I’m talking about the fear that settles into the pit of your stomach and makes you feel antsy inside. The kind that makes you second guess yourself and rethink your decisions. It all sounds “bad” and not “good” but stay with me…

My theory is that without that pit-of-your-stomach-fear we would never develop the gumption to try new things and accomplish great successes. Luckily, the thing about fear is it usually doesn’t stick around for too long. While we are 20something it sometimes feels as if fear is a constant because we have so many new choices thrown at us all at once. Our decisions about schools, career, relationships and overall purpose have lasting effects on our lives and the fear of making those choices can be overwhelming.

So with all of this closing in on us at one time, it feels like fear could be unvarying. But we should find comfort in knowing that fear is actually a fading feeling and once faced head on, can be conquered.

Doubt, Guilt, Sadness…. now those have sticking power…. but fear is really all bark and no bite.

Think of it this way, without fear we wouldn’t take that first step into the unknown and we sure as hell wouldn’t appreciate how far we have come once we get there. It’s the fear that makes it good.

When I studied abroad in Italy I went cliff diving. I remember climbing all the way to the top and looking down into the aqua blue water of the Mediterranean Sea. I took in a deep breath of the salty air and looked down, only to think…

“What the hell am I doing? This cliff is high, only an idiot would jump off this.”

Some call this a rational thought, (it partially was, okay probably more than partially) but some aspect of that thought was also motivated by fear. Yes, fear for my life (I was on a cliff in a foreign country) but it was also fear of a risk.
I would like to tell you that I was practical/rational/responsible and snapped a couple pictures before making a safe descent down the cliff, however I was only 19 years old and practicality didn’t really fit into my five months abroad. Instead, I took a few steps back to get a running start and I jumped.

I was sacred, but I did it anyway. I pushed the fear back to wherever it came from and leaped. As soon as I hit that water and swam to the surface I looked up at that cliff and felt a feeling of accomplishment. A satisfaction that, yes, I survived, but also that I was ballsy enough to jump. I think I told everyone on the beach that day that I jumped from the top of that cliff.

That’s the “good” fear. The fear that challenges you and without the challenge, there would be no reward. Without the fear there wouldn’t be the sense of accomplishment at the end. It is one of the strongest catalysts in life.

I know that my sister-in-law felt fear as she pulled up to the hospital a year ago to have a baby. I know that I felt fear when I signed the “Official” paperwork to withdraw from law school. I can even see the fear that drives my precious little nephew as he steadies himself on his feet and grips onto the nearest table or chair while he gets his balance. His face grows serious with a look of determination as he lets his hands fall to his side and he stands on his own, and then a rush of excitement crosses his face as he begins to take quick tiny steps forward in his wobbly attempt to walk.

Determination, Fear, Courage and Accomplishment. (In that order)

So even though we are all scared to let go of the comfort and stability, we continue to conquer fear and in essence take on new challenges. We do it because sometimes we have to, or we need to, or we want to. We do it because fear is what adds the spice and excitement to life. It is the motivator that pushes us to take a minute, evaluate, and gather the guts to go forward, head up, putting one foot in front of the other and take that crazy leap.

So as we stand at the brink of something new… a new relationship, a new job, a new path or endeavor, don’t let fear deter you. Just soak it in for a minute and remind yourself that those butterflies, in the pit of your stomach, are there because you’re pushing yourself and doing something new and exciting; changing direction, changing your life and at the very least making great memories.

It isn’t until we feel fear and decide to move beyond it that we can really comprehend the stuff we’re made of and get a real taste for life. We have the rest of our lives to be settled, comfortable, and predictable. So be happy when you feel that pit-of-your-stomach fear because it means you’re standing on the edge of something new!

“The only constant thing in life is change…”-Unknown

"Do one thing everyday that scares you" -Eleanor Roosevelt 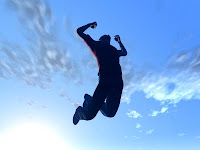