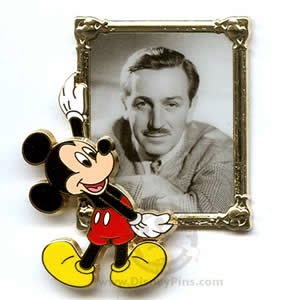 And by Walt, I mean Walt Disney.  That’s right, the one and only.  The creator of “Happily Ever After,” “Mickey Mouse Clubhouse” and the same guy rumored to be frozen in a capsule somewhere.  I blame him, not entirely, but to a certain extent for the unrealistic expectations of what “love” is supposed to be.

Last week I was asked to sit on a panel in Philadelphia called the “Great Love Debate” where myself and some very talented and experienced dating gurus try to answer the question “Why is everyone still single?”  As I ponder this question, in anticipation of our debate, I couldn’t help but think about a former theory of mine, which I coined; “The Disney Dilemma.”

The Disney Dilemma developed after a debate with a very strong-minded 4 year old.  I was babysitting in college, one of my many side-jobs at the time, and I took the kids outside to play.  On this particular day, the little girl I was babysitting, 4 years old, asked me, “What do you want to be when you grow up?”  I had just changed my major from Communications to Political Science with a minor in Pre Law.   I had my sights set on law school, but how do you explain uncertainties, majors, minors and the possibility of law to a child?  So I used the age-old tactic of “reverse and avoid.”

“I don’t know yet, what do you want to be?”
She smiled and looked up at me with big blue eyes, “I want to be a pwin-cess” she proclaimed. I instinctually wince whenever a little girl gives me that answer.  Ugh, Walt Strikes again, I think.
“Um okay, but every girl is already a princess, we’re born that way. What do you really want to be?”
“A Pwin-cess!” she insisted.
“But they’re not real, honey, don’t you want to do something important?  Become an artist, teacher, a dancer maybe?” She now appeared to be growing annoyed with me.
“No!  Just a pwin-cess!”  She crossed her arms and scowled.

That was it.  I didn’t ask her again. Can you blame her though?  After watching a few of those Disney Princess Classics, who doesn’t want to become a pwin-cess?  It’s almost contagious… Cinderella, Jasmine, Sleeping Beauty, Snow White, The Little Mermaid, Pocahontas… all their stories were very different, but then again, they all are very similar.  You see in each story the “damsel in despair” is saved by some form of “Prince Charming.” 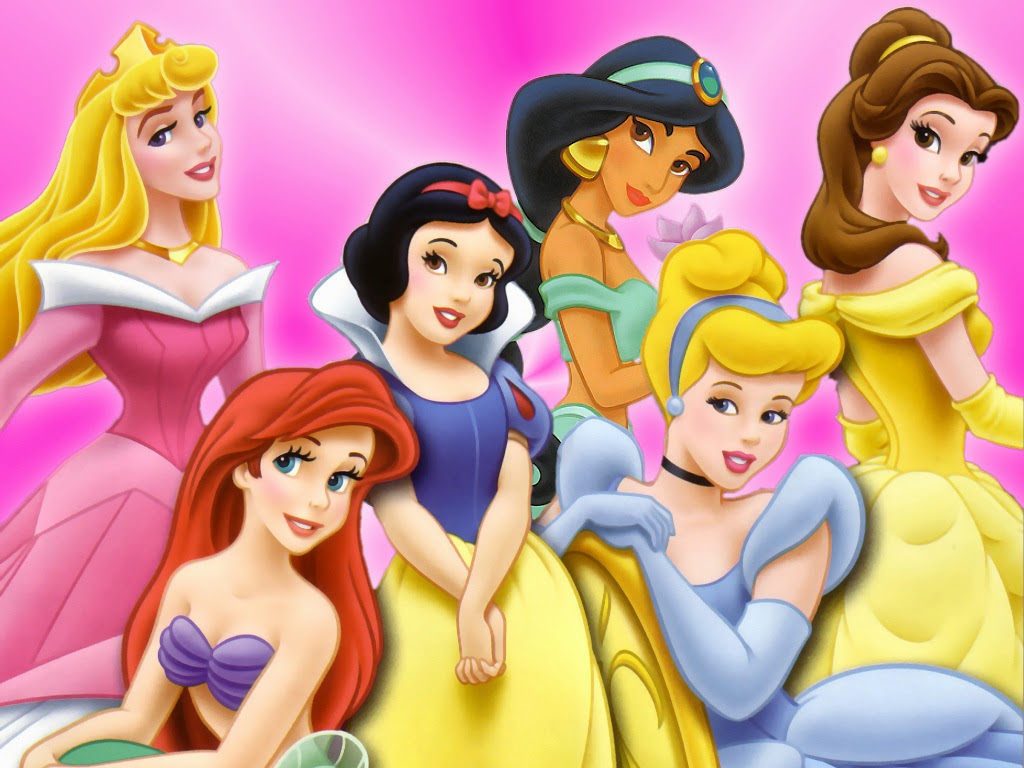 Sure, in some cases the damsel is a house maid, the only woman with a bunch of dwarfs, Arab royalty or a mermaid.  And their despair ranges from oppressive step-mother, father forcing a suitor or the stifling life under the sea.  But what remains in each story, no matter how vast the differences, is that each and every one of these “pwin-cess’s” is saved by Prince Charming.

That’s really the story line isn’t it? Watching the girl be saved by the man, who turns out to be a Prince!
As children, we sat wide eyed in front of our TV sets waiting for that faithful embrace and finally the kiss.  We dressed up like princesses at Halloween.  We idolized these characters and bought the pink and purple paraphernalia.  And because of this; deep rooted inside each of our adult selves—no matter how independent, driven, or self-assured—a little part of us hoped that we could find Prince Charming… or at least run into the real-deal British Royalty; Prince William and Harry before they got hitched.

Don’t get me wrong.   I don’t think there is anything wrong with wanting to find the man of your dreams.  In fact, I hope we all do. But the problem is that these movies, these story lines, have told us time and again, that no matter how hard the struggle, the poverty, the coma, the work or the displacement—Prince Charming can save you!

So I can’t help but believe that these movies tainted the way we view love.

I racked my brain trying to think of one Disney Princess movie where the story line was about girls who were friends that found love while they were independently establishing themselves.  Not one.  Not until the 2000’s did Walt’s team start to think past the idea of Prince Charming swooping in to save it all.  And only recently can we look to movies like Brave and Frozen to change the stigmas.  Although it’s almost too late for the 20somethings, 30somethings, 40somethings and so on.  The younger generations may have a shot at viewing “love” differently, but for anyone over the age of 20, it’s already tainted.

Disney overlooks the importance of friendship and self development or empowerment for girls… and why not?  The heart of the story (pun intended) lies with Prince Charming swooping in to save the day.

The problem remains that we’re NOT Princesses and the guys we date are NOT Prince Charmings.  But before everyone gets all “she’s a cynic” I want to forewarn you that I do not find this disappointing.  I wouldn’t want to be a maid trapped in a house or helplessly laying in a glass coffin waiting for some man to make it all better.

I’d rather make my own way.  Find my own self.  Pursue my own passions.  Does this make me selfish or a feminist?  I think it makes me honest.  Men have been doing this for eons? Why can’t the women jump in too?

And the male readers should be thanking me for my honesty… because, you know what guys?  Damn Disney Princesses have put WAY too much pressure on you too.  Not only do you have to be handsome and charming, but you also have to be able to fix almost EVERYTHING!  No matter the situation; mean step-sisters, coma in a glass coffin, fins from a sea witch, quicksand in a desert or a bunch of Indians and English settlers all trying to fight one another!  No matter what; you have to be ready to save the day!  NO PRESSUE, right?

Do you see why I call this the Disney Dilemma?

So, is it so wrong  to admit that  I want to see a movie where the princess is just a girl who  pursue what she loves, fights some of life’s battles on her own and learns through experience.  As she goes along doing what she loves, what makes her happy and what gives her purpose, she meets a wonderful guy.  He may not be a prince after all, but he  is charming in his own right.  He has flaws just like her, (maybe a tattoo or two) and sometimes he saves her but sometimes she saves him too.  They’re relationship is egalitarian not authoritarian.  They don’t live happily ever after, because that’s all bullshit, but they live as happily as they can.  They take what life throws them and despite it all, they work hard to make it work.

Is that really such a terrible truth?  I don’t think so. In fact, I think that’s why Frozen is such a hit. It really does follow close to the above plot, without the tattoo’s of course.  It’s a movie about sisters, who risk their lives because they love each other. The younger sister started to feed into the “Disney Dilemma” when she declares she fell in love in one day and wanted to be engaged. Kind of a double entendre in its own right, and I respect Disney for mocking its own one dimensional plot structure.

But in the end, although she finds love on her journey (not from the 24 hour engagement), the crux of the story is about finding her own happiness and embracing the love she has for her family. She had the choice to run to her true love or to save her sister. She chose her sister. She did this because love IS all we need. But it’s not always romantic love. It’s the love for our family too. The bonds we share with all people should be celebrated just as much as romantic love. The fact is, she loved her sister, long before she ever loved either of the men in the movie. And in the end it was her sister’s love that thawed her, not the kiss of man. Proving that all relationships where love is involved should be celebrated; The love for our parents, siblings, friends and significant others. They are all important pieces that make up our whole being. It’s not one person that completes us (Sorry Jerry McGuire) but I believe it’s all these facets of love that make people whole.

Making the whole premise of Classic Disney Princess the antithesis of what an independent woman represents.  It’s sad to admit, but I have friends who will be upset with this post because they themselves sacrificed what they want for relationships.  Dropped out of school, left jobs, left family and moved away.  They have done all this in good-faith because they believed that those relationships would make other problems better and make their lives complete.  They believed that the relationship would fix all their other issues.  They believed that some guy could swoop in and make it all better.

It may have worked for a little while for some, but it didn’t and wouldn’t work indefinitely.  It’s not fair to expect any one person, especially a significant other, to carry the weight of your world and be responsible for your own happiness.  One person, one man, cannot not fix everything, or be everything, or make everything exactly what you always dreamed of. That’s your job.

So although, many people may be offended by my anti-Princess school of thought, I am speaking from a truthful, realistic perspective. Because life is hard. It’s hard to find yourself, it’s hard to be true to yourself. It’s hard to find people to love, who love you back (platonic and romantic). And when life gets hard, from illness or loss, you realize that a romantic kiss can’t save the day. Sometimes you need more than that. You need a hug from your sister/brother or a phone call to your best friend. You need a little bit from all the pieces; all the people you love, who love you, so you can stay whole. I’m glad Disney is starting to catch on… ;)

SHORT AND SWEET… AKA… MORAL OF THE BLOG
Love is all you need. But you don’t’ get all that love from one person. It’s from all the people who love you in your life, giving a little bit of themselves to make you whole. Celebrate all the love, not just the romantic love.  I’m glad Disney has jumped into the 21st century with Brave and Frozen; finally movies that express that loving yourself and your family is just as important as romantic love…We 20somethings just need to recognize that and leave the Classic Princess mentality in the past. 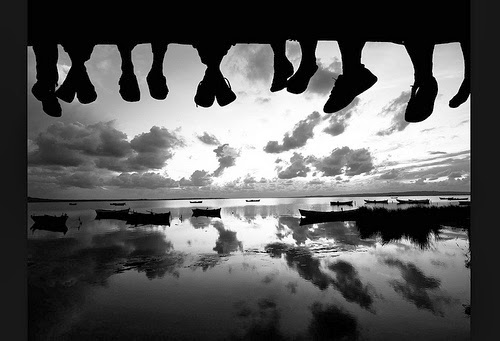 Plant your own garden and decorate your own soul, instead of waiting for someone to bring you flowers.  ~Veronica A. Shoffstall, "After a While," 1971