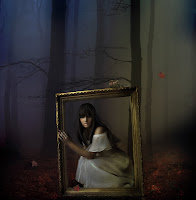 “A frail grasp on the big picture…”

Now what the hell does that mean??  First time I heard this particular group of words strung together was in song by the band, The Eagles.
The song talks about the local bar…
Good ol' boys down at the bar
Peanuts and politics
They think they know it all
About relationships…
You don't have the slightest notion what long-term love is all about
All your romantic liaisons don't deal with eternal questions like:
"Who left the cap off the” freaking” toothpaste?" "Whose turn to take the garbage out?"
And about morals….
All our troubles will be resolved
We hold faith above all
Unless there's money or sex involved
This song is brutally honest and makes complete sense.  I’ll tell you why…
I am currently teaching writing to college students at the local Community College.  It’s English 100 and English 112.  I found that in the past few weeks I’ve been stressing to my students a very old adage in writing; one, I think, is the secret to good writing. “Show, Don’t Tell.”
I stand in the front of the room, dry erase masker in one hand, gesturing with the other hand saying…
“Don’t just tell me your character is nervous; show me her palms sweating, or her foot tapping, her heart beating out of her chest, or her finger mindlessly twirling her hair.”
I explain that in writing, we have to remember that the reader is intelligent. The reader will draw the correct conclusions if the writer does a good job of leading them there. You don’t have to “spell things out” for the readers. (NO PUN INTENDED.) Telling a reader is much less effective than showing and allowing them to visualize the picture you’ve painted.
As I explain, I can tell my 8:00AM lecture is resonating with some students.  I can also tell that in many of the sleepy eyed college students; it’s going in one ear and out the other.  They’re just not getting IT!
Which brings me to my next point…

It is one of the standard “fighting words” appropriate to fire off in almost any situation. It blames the other person, “YOU” and the obscure, “IT.”  Choosing “IT” allows the blamer to accuse someone while simultaneously dancing around what’s really going on. When the infamous “IT” is launched, it usually is code for, “There’s something bigger going on here; but I just don’t feel comfortable revealing the truth.” So “IT” weasels its way into the equation.  And that little word “IT” can morph into an enormous wedge.
So what do song lyrics, writing, and fighting have in common?  Well students, (that’s my teacher voice) they are all examples of a “frail grasp on the big picture.” The inability to get the infamous “IT.”
You see in life, unlike in writing, you can’t always assume that dropping a hint or an inference is enough to lead someone to grasp a certain conclusion.  In life, friendships and relationships; sometimes we have to let go, stop guiding or showing, and allow someone to sink or swim.  Allow them to come to their own conclusions.  Allow them to see the bigger picture, or not. 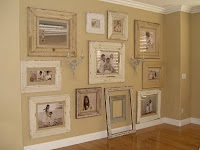 Perspective is a funny thing.  It’s something that has to hit someone on its own.  It cannot be forced upon them or taught in a 90 minute lesson.
But “Show, Don’t Tell,” isn’t lost completely in the real world.  If someone claims to have miraculously obtained a new found “Perspective.”  They want to make a change,   be a better person, find another job, or embody a new attitude….Well, these are all groundbreaking revelations. But, if the revelation is all talk and no action…then it’s plain and simple Bullshit.
So how can you tell if it’s really a new perspective?  Whether it’s a game-changer or just plain games?
“Show, Don’t Tell.”  Just like in writing, to make the character believable, you have to show the reader.  In life, to prove your own character, you have to show it. You have to live it.
It’s like those people who diligently attend Sunday Mass each and every weekend.  Rain or shine, on vacation or not. They find a church and they go. They think this makes them better people just because they showed up.  Yet, upon leaving the church they can’t even hold the door for an elderly person walking behind them.  As the door flops into grandma’s face—it’s clear they have a frail grasp on the big picture.  They claim to be good Christians, but they don’t live it.
Living it, showing it…that’s the hard part. 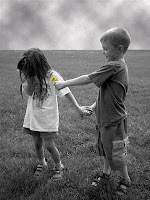 So, a frail grasp on the big picture means that people tend to get so consumed with the small details; the minutia of life, that they have a weak hold on what’s truly important. What’s really going on; i.e. the big picture.
The sad part is that if you let the little stuff run your life, you miss out on the real lessons. The real perspective. The real things that you should be grateful for.  So next time you feel upset, pissed off, annoyed, frustrated, fed up… think about the big picture.  Think about how you hold onto it.  Think about perspective.  Are you showing and not telling? Maybe you need to reel yourself in and slap yourself back into check…
xoxo
Lana
SHORT AND SWEET…AKA…MORAL OF THE BLOG
It’s easy to lose perspective.  It’s easy to talk the talk.  But life isn’t supposed to be easy, it’s supposed to be effort and gratification and lessons. So open up your mind and your eyes… look at the bigger picture and if you see it, hold on with both hands.

“You can’t see the Forest through the Trees” –Unknown. 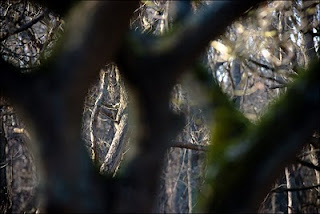