I always thought Halloween was a peculiar holiday. As a kid you dress up and go door to door, taking hand outs from strangers—something that certainly defies all “stranger danger” rules. Nevertheless, the distraction of sugary treats can be enough validation to forget how weird the concept really is. 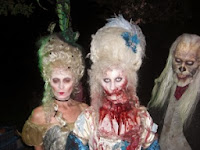 However, as an adult, I find Halloween even more mystifying. Not because of the creepy music or spooky undertones. I really just find it odd that people make such a fuss about dressing up. Spending exorbitant amounts of money perfecting a costume. Making sure everything  is “just right,” because “it’s only one day a year you get to dress up.”

Aren’t we all “dressing up” everyday as adults? Wearing our “costumes” to work and in our personal lives. People call it “changing hats” or a “different face.” Whatever the cliché, the truth is that we’re all acting a certain way for our certain role. Employee, Professional, Child, Parent, Student…the particular role dictates a particular “costume.” A certain way to dress, to behave, to talk. You wouldn’t dare curse at work or wear pajamas to a meeting. There are certain “supposed to’s” that we all adhere to. Certain aspects of the costume that we accept. 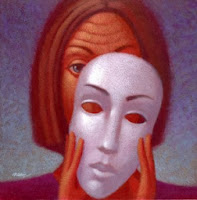 So to me, Halloween isn’t all that special. It’s just another day to dress us. You see, what I think is worth celebrating is the instances when you DON’T have to be anything other than yourself.

One of the few times when we’re not wearing a costume to fit a “supposed to” is with friends. People who you can be your true-self around. People you don’t have to censor yourself, your dress or your behavior around. People that have seen you at your worst and your best, but loved you the same in either scenario.

When my dad was sick earlier this year, it was a true eye-opener.  At a desperate time, when life feels like it was crashing down, we forget to arm ourselves with our costume du jour.  Life was hard, emotions were raw, sadness hovered over every new day and uncertainty over ever quiet night. There was no energy left to make sure I was filling a role. It was hard enough just to get through the days. 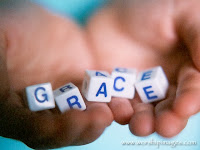 I recently ran into an old friend Meredith in the grocery store. She asked how my family was doing since my father’s stint in the hospital. I told her were all still trying to get back to “normal,” and she said something to me that shocked me.


“You know I want to tell you that your family handled the whole situation with such grace.”


I was shocked at her statement. It was the most chaotic time of my life. I feel like I had unraveled in a way that can only be caused by immense stress and desperation. “Grace” was certainly not a way in which I would have described those 6 months.  I had to have her explain. “What do you mean?” I asked inquisitively.


“I mean, you never had anything on facebook or social media that blasted your family’s private issues, you all quietly stuck together and put one foot in front of the other, like a united front.”

I smiled at her. “I’m glad it was perceived that way.”

To an outsider looking in, we had “grace.” To those of us inside, we were a wreck.

This is how I would describe that time in my life. When your parent is lying unconscious in an ICU room for almost 9 weeks, I wouldn’t dare say anything I did was “graceful.”

But maybe that’s because I was living it.

And every time one of us fell apart and “melted down” another family member pieced us back together. But after a while, it got too hard. And on those particularly hard days, the days that felt hopeless, the days when each one of us was too tired to keep ourselves together, let alone piece another together, we leaned on our friends.

The day my father was put in a comma, my friends (my boyfriend included) showed up at my house. I didn’t ask them to come. I didn’t have to. I don’t know what they were doing when I told them or what they have to adjust in their own lives to be here, but they were. Within hours they were literally by my side. That day they physically showed up, but they stayed by my side through everything. They didn’t let me fall completely apart. They wouldn’t allow me to crumble.

I know that my mother, brother, sister-in-law, sister and brother-in-law, all had a similar experience.  We all tried to turn into ourselves, to submit to despair and negativity. But we wouldn’t let each other and neither would our friends.

They were people who knew the true weight we were carrying and who tried to carry a piece of it for us—even though it wasn’t their father. Whether it was letting us bend their ear, sob on the phone, scream in an angry fit of rage or just show up to “check” on us…they were there. And when they physically couldn’t be, they send cards, texts and emails. On the nights we forgot to cook dinner, they send home-made food and hoagie trays. These small gestures weren’t just the “glue” it was the “grace.” "

They were the reason we appeared to be “together.” They were our sanity at times, our punching bag, and our hard-truths. What came from that experience is only appreciated in retrospect. That we realize quite quickly who was there to support us, who was there to gawk or gossip and who was there to witness our despondency only because it made them feel better about themselves.

We were blessed to have such an incredible support system and to have people working behind the scenes to help us hold onto our “grace.” Our friends are people who love us, not because they have to, but because they want to. People who know us, unmasked and uncensored. People who help us to be better versions of ourselves.

I’ve always believe that God doesn’t give you what you can’t handle…but I do believe that if often feels like it more than we can bear. When that happens, God send us Angels, to keep us intact…we just call them friends.

SHORT AND SWEET...AKA...MORAL OF THE BLOG
We should celebrate time with our friends. A time when we don't have to "dress up" and be anything but ourselves. With all the supposed to's in life, it happens less frequently than it should. For they are the "glue" and the "grace" when we need it the most.

“There is nothing I would not do for those who are really my friends. I have no notion of loving people by halves, it is not my nature.” ―Jane Austen

“When we honestly ask ourselves which person in our lives mean the most to us, we often find that it is those who, instead of giving advice, solutions, or cures, have chosen rather to share our pain and touch our wounds with a warm and tender hand. The friend who can be silent with us in a moment of despair or confusion, who can stay with us in an hour of grief and bereavement, who can tolerate not knowing, not curing, not healing and face with us the reality of our powerlessness, that is a friend who cares.”
― Henri J.M. Nouwen, 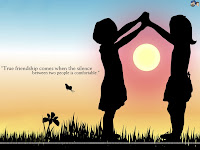 Pam Brown
Read more at http://www.brainyquote.com/quotes/keywords/save.html#YyK1u18JJOgrJiHs.99
A friendship can weather most things and thrive in thin soil; but it needs a little mulch of letters and phone calls and small, silly presents every so often - just to save it from drying out completely.
Pam Brown
Read more at http://www.brainyquote.com/quotes/keywords/save.html#YyK1u18JJOgrJiHs.99

A friendship can weather most things and thrive in thin soil; but it needs a little mulch of letters and phone calls and small, silly presents every so often - just to save it from drying out completely.
Pam Brown
Read more at http://www.brainyquote.com/quotes/keywords/save.html#YyK1u18JJOgrJiHs.99