The Price of Freedom & Wicked Loneliness 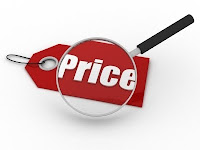 What I left out was considering, the price, we pay for freedom and independence.
Everything has a price and at this point in life, we know that. A ying and a yang, a give and a take. It can’t all be great because we would never appreciate it and it can’t all be terrible because we would never yearn to attain it. Instead, the truth is that we have to give something up to gain something. (I hate that part sometimes.)
All of us in our 20soemthing years are yearning for independence on some level. Almost all of us are working toward it. Intellectual independence is why we sit through college classes to gain knowledge, because whether we like to admit it or not, that cheesy slogan “knowledge is power” has some truth to it. Or maybe you’re working your butt off at a job because you want financial independence. The days of asking Mom and Dad for money ended a long time ago and we want to be able to get out there in the world and do for ourselves.
Sounds great right? But, then I have to go and rain all over the parade and bring in that pesky “price” idea again. To gain freedom we have to take risks, big risks, expensive risks, the what-the-hell-were-we-thinking risks.

A very dear friend of mine recently took one of those risks. She was offered a job in a different state. The job required her to move. She had no qualms about this. She lived away in college; she studied abroad halfway around the world (literally, in Australia). Two hours from home was nothing. She was adaptable and confident. So, she took the job.

She got her OWN apartment—No college roommates to slop the place up. No roommate’s boyfriend staying for free and mooching off all her food. No nagging parents, or annoying siblings. This place was in her name and it was hers.

So, she moved in and enjoyed the quiet… Well at least in the beginning. But before long, the silence was overwhelming, thundering. She quickly realized that YES, she was independent and free, but the price for that was that she was also lonely. No matter how confident, secure and independent you think you are… NONE of us are immune to the feeling of loneliness.


I, personally, think one of the highest prices of freedom is loneliness. Being LONELY, just typing that word makes me feel like I’m whining. No one likes to admit it. I hate it, but it’s true. They say, stand up for what you believe in, even if you’re standing alone. “They” (whoever they are) weren’t kidding. When were 20something, we’re all striving to find that place and find what it is we’re supposed to be standing up for and when we get the gumption to stand up, sometimes we find that we really are standing alone.
Sometimes that feeling of loneliness can be overwhelming! It can engulf our mood and be a catalyst for a whoa-is-me pity party that we all tend to throw occasionally for ourselves.
But isn’t that what we want? Isn’t “being on our own” the goal?
Well yes, but we didn’t want to feel ALONE while we’re out enjoying being independent and free. We fought for our intellectual, financial and personal independence… so why are we whining about it?


I’ll tell you, because while we forged forward we forget the price and the bottom line… loneliness SUCKS! So when that feeling hit us, do we sit down? Do we retreat home, back to the comfort zone?
HELL NO! We work thorough it and we keep going forward. 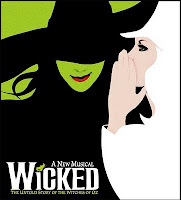 My parents got me tickets to see the Broadway Musical “Wicked” for my 25th birthday. As a child, “The Wizard of Oz” was my all-time favorite movie. I watched it so many times I wore the VHS out. (I know the youngins today will never understand the true magnitude of that statement, because they never watched tapes, they only understand DVR or DVD, but for us 20soemthings and above, I know you can appreciate that)

I loved that movie. (I also attribute my fear of thunderstorms and tornados to that movie.) Anyhow, to see “Wicked” for my birthday was amazing. I sat wide-eyed in the theatre soaking in every moment.


Wicked explained a lot of the “why” questions that arose for me as a child while watching the Wizard of Oz. Why is the witch so mean, why is the lion a coward, why is the scarecrow a fool? Ya know all that stuff. It explained the back-story of the characters and the “price” they paid to get to where they are.
There is a breaking point for the Wicked Witch, (who P.S is NOT so wicked) and she decides to take the road less traveled. In this scene, her character is depicted as a 20something and I thought the lyrics were very apropos.

“Too late for second-guessing, too late to go back to sleep, it's time to trust my instincts, close my eyes: and leap…and if I'm flying solo, at least I'm flying free…”

I loved those lyrics. I ran out and bought the soundtrack at intermission (which was insanely overpriced and I could have bought on eBay for ½ the price.) However, I bought it because that song spoke to our generation and where we are in our lives. It leaves out any visions of grandeur of yellow brick roads and gets right to the truth- that…there comes a point when we break away, from family, friends, old habits, old routines and stand on the brink of our lives and are faced with a decision—we either leap or not.
Before we take the plunge, we think about the price, we think about the ramifications of our actions.


We run a million questions through our head, we think about the price of freedom and independence, the things we have been avoiding while we worked to get to this point. But now we’re here on the edge, so what do you do? Run back to what you know or close your eyes and leap?
We have survived high school, in some cases college and now we are adults. We have made tons of mistakes at this point in our lives. But from mistakes comes wisdom and experience. We have to mess up to keep figuring it all out. But, the only way to move forward is to close your eyes and leap onto the next.

Leave the questions, the past mistakes and the doubts behind. Hold onto the reality that it won’t be all rainbows and sunshine. That sometimes… you’re flying solo, fighting off the feeling of loneliness, but remember; at least you’re flying.
SHORT AND SWEET…AKA…MORAL OF THE BLOG

Loneliness is a funny thing… you can sit in an apartment 2 hours from home and feel it, but it can also follow you to a crowded bar and still make you feel like you’re on your own.


But shake it off! That crappy “alone” feeling will pass and when it does, we will be happy that we didn’t sacrifice our fight for intellectual, financial and personal independence.
xoxo
Lana

“Nothing in this life that is worth anything comes easy.” –Unknown


“If it was easy… everyone would be doing it!” – My parents